Odontogenic lesions of the trigeminal nerve branch system (neuritis, neuralgia, odontalgia) that tend to have a long chronic course are more common in middle and old age. They can be caused by defects in the treatment and restoration of teeth, inflammatory and traumatic processes in the maxillofacial region, and others. The dentist should distinguish between the terms: "odontalgia" and "odontogenic trigeminal neuralgia". Odontogenic neuralgias do not disappear after the elimination of the main odontogenic pathological focus. If after the sanitation of the oral cavity pain disappears, then we are talking about odontalgia.

Sometimes it is very difficult to find the cause of the disease. Pain in the facial area and occipital region of the head can also occur with osteochondrosis of the cervical ridge and provoke pain in the system of the trigeminal nerve branches. Pain and paresthesias can occur in the occipital region of the head and neck, and then spread to the parietal, zygomatic region or the entire face. More often the pain radiates to the frontal region, orbit, or ear. The reverse development of the syndrome may also occur: pain sensations begin in the face and spread to the cervico-occipital region.

The article presents a case of odontalgia of the maxillofacial region that arose after the treatment of complicated caries of the 26th tooth. The pain periodically appeared in the left occipital region, and then passed to the orbit; a feeling of distension in the eyeball appeared, then the pain passed to the left upper jaw and gradually subsided. The patient described pain as acute, appeared in the form of seizures, and was not associated with the action of thermal stimuli. After clinical and laboratory examination, the oral cavity was sanitized, including the course of treatment of generalized periodontitis, restoration of the destroyed crown of tooth 23, and root canal therapy of previously treated tooth 26 for chronic pulpitis complicated by periodontitis. An old filling was removed from the tooth (no R-contrast lining material was found at the bottom of the tooth cavity). After the preparation of the tooth cavity, an attempt was made to carry out high-quality endodontic treatment, but the root canals were completely obliterated. Endodontic retreatment of the tooth 26 was unsuccessful. An antiseptic solution was left at the bottom of the tooth cavity, then a paste and a phosphate cement pad were placed; after that a photocomposite restoration was done. In parallel, a course of the treatment for osteochondrosis of the cervical spine was carried out by a neurologist. The performed oral sanitation and the treatment of cervical osteochondrosis failed to be effective. Pain in the back of the head and maxillofacial area practically did not change, continued with the same frequency and intensity. Additional clinical, laboratory and X-ray examination did not allow us to establish an obvious cause of the disease. Therefore, after the medical consultation with doctors of related specialties (oral surgeons, neurologists), we decided to perform therapija ex juvantibus, i.e. to remove the "causal" tooth. After the 26 tooth was removed, the pain completely disappeared.

The above case testifies that sometimes it can be very difficult to establish the cause of neurological pain, and thus, to make correct diagnosis and to prescribe proper treatment. It is possible to presume that recurrent pain attacks in the left occipital region that move to the orbit of the eye, a feeling of distension of the eyeball, pain in the left upper jaw, slowly subsiding and not associated with the action of thermal stimuli were provoked by the painful condition of the pulp-periodontal complex of tooth 26, which did not respond to endodontic treatment. The extraction of the tooth led to the complete disappearance of neurological pain, which is characteristic of odontalgia of the maxillofacial region. 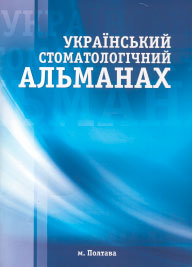